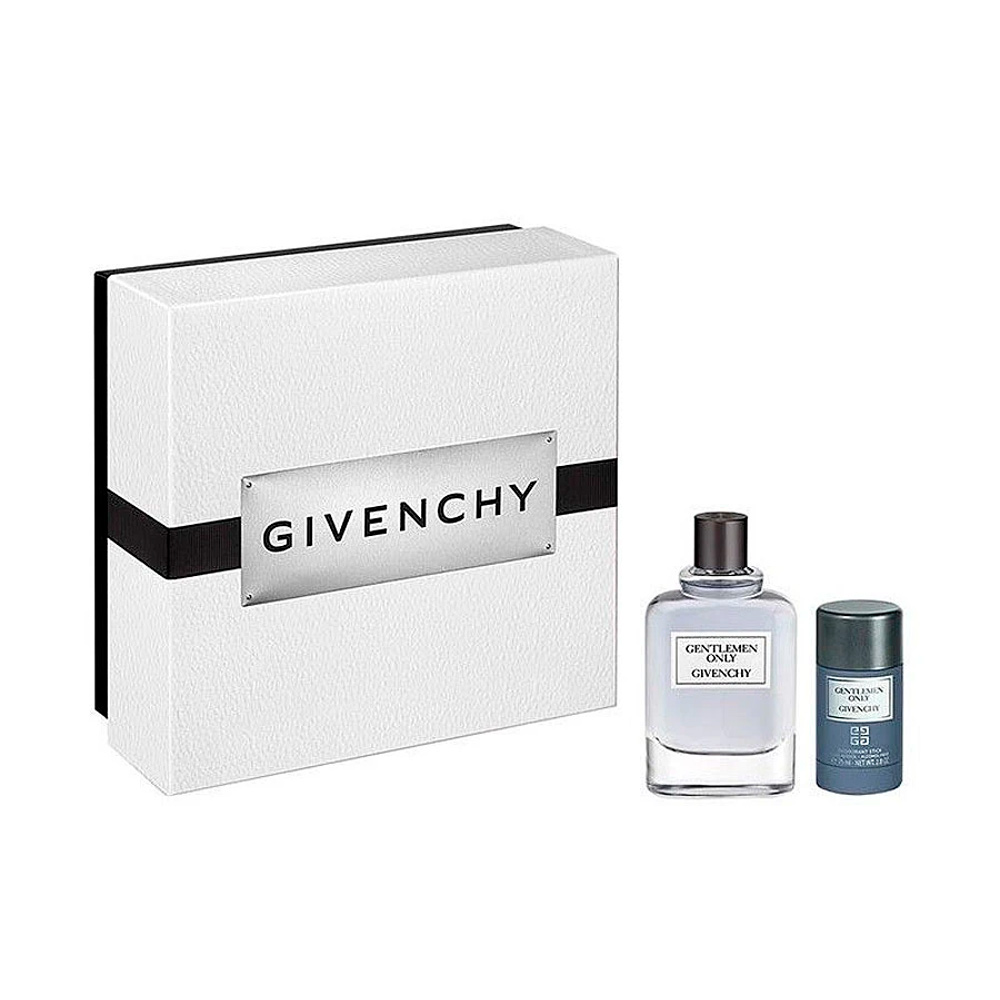 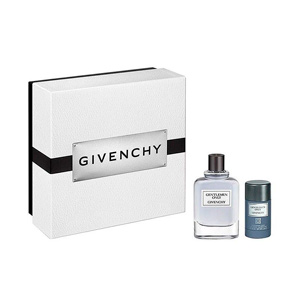 THE ESSENCE OF THE CONTEMPORARY KNIGHTS

Gentlemen Only by Givenchy is a 'Eau de Toilette' for men with a woody character. This is the embodiment of the modern gentleman, with a carefree character that shines with infinite elegance. An updated reinterpretation of the classic Gentlemen, on which we can distinguish flashes of modernity and naturalness.

This fragrance was launched in 2013 by the perfumer Jean Jacques. On it, he wanted to reflect the essence of a handsome man from head to toe, a modest man despite having cultivated countless successes, discreet and generous, polite and intelligent. A figure with an enviable plant and an unparalleled ability to be.

Its olfactory pyramid begins with a first impact full of freshness, thanks to the citrus fusion created by green mandarin, bergamot and birch leaves, which open a second stage in which freshness is bathed by a stimulating mantle, thanks to the sprinkling of nutmeg and pink pepper. Next, his heart takes on a woody tone, and reaffirms the masculinity described above, composed of cedar, patchouli, vetiver, elemí and violet leaves. Finally, a veil of mystery puts an end to this experience, with some final palpitations in charge of incense and musk.

VERSATILE AND TIMELESS. The multifaceted notes of Gentlemen Only give it a very versatile character, as it is a perfect choice for day and night, with excellent adaptability. A perfect balance between the formal and the casual with timeless personality.

CURRENT ELEGANCE. Gone are the serious and overly gentle men who were so biased years ago. Gentlemen Only describes a true 21st century gentleman, a man who knows how to have fun and maintain his composure at the same time. A totally balanced masculinity.

CLASSIC BOTTLE. Its bottle, following the classic and traditional lines of the classic Gentlemen, only changes its inner liquid, which on this occasion adopts a light blue shade.

From£ 72.98
See products
Customer reviews
Rate
Your opinion is important

Regístrate
Login or create a new account in Perfume's Club
Login with Paypal
Our customers reviews View more
S
Serhiy
Theres simply no better store!
Fast delivery, excellent customer service, quality products! I feel like I can give your store the highest rating! There is simply no better store!
L
Laura
Prices, promotions
I usually shop here because I can count on the quality of their products and they are usually very well priced. In addition, from time to time there are special promotions and it is well worth investing in quality products. I always recommend this website.
M
Miguel Angel
Fast delivery, good discounts and low prices
I shop at Perfume’s Club because I find it very convenient to do so from my computer. I also buy fragrances and cosmetic items that I use daily such as hair gel, face moisturizer, etc.
L
luz
It has the best prices
I find everything I need at the best prices, with fast delivery, a variety of products, and there are always offers
M
MARIA
Competitive prices, a good website
They deliver the products quickly, have a lot of variety, are serious, and have good offers. They have promotions
M
Mario
Unbeatable prices from incredible brands
Shopping at Perfume’s Club is fantastic, not only for the prices, but for the variety. It is also one of the few websites that has offers without asking for anything in return. It respects its customers, which is appreciated.
I
Inmaculada
Fast delivery, no delays
I shop at Perfume’s Club because it offers good products that are very current and at prices that are normally very competitive.
M
marta
The variety of products sold and the discounts
I’ve been shopping at Perfume’s Club for years. I was once looking online for a website to buy a fragrance, and I clearly loved Perfume’s Club. They have great discounts and always have what I want. Furthermore, the order arrives on time and in great condition. I love it! I certainly found what I was looking for, and since then my mother, sister, friends and I have been buying our favourite fragrances and much more on the Perfume’s Cub website.
R
rubio matias
Great discounts
Easy, fast and cheap, with products from top brands. Without leaving home and super fast delivery.
A
ana
Always fast delivery and their offers
They are always in touch by mail and send offers. I like how quick they are, and their competitive prices
Previous Next

1.0.7398
Do you want special discount and prizes? Get them by inviting your friends
© Perfumesclub.co.uk 2009 - 2020 | All rights reserved | NIF ESB57818197 registered trademark of Beauty Luxe Distributions SLU | Balearic Islands | DE |AT |UK |ES |FR |BE |IT |LT |LV |NL |PL |PT |SK |SI |
WE WILL CALL YOU FOR FREE
Now you can place your order by phone
We use cookies to enhance the browsing experience and provide content of interest. By continuing with the navigation we understand that our cookies policy has been accepted.
Accept More info