COVID-19
Home › Sets › Giorgio Armani › IN LOVE WITH YOU SET 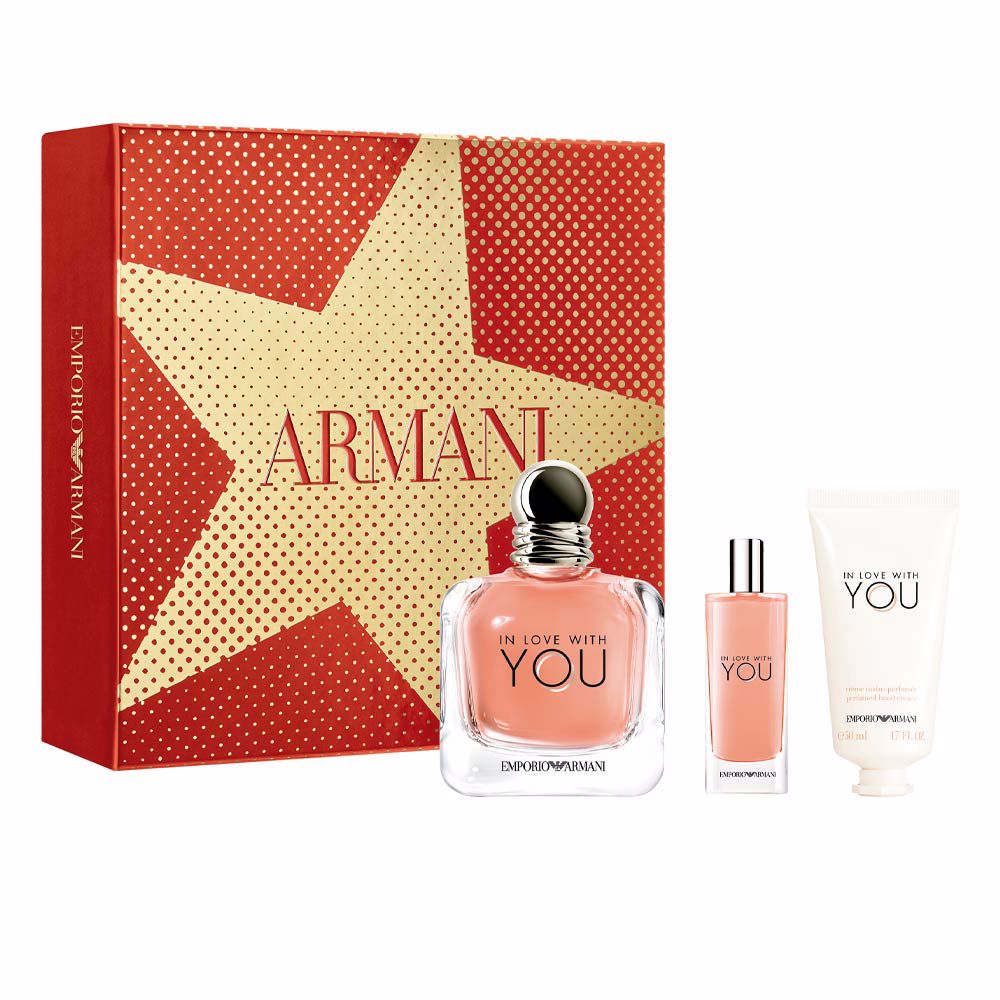 Giorgio Armani IN LOVE WITH YOU SET 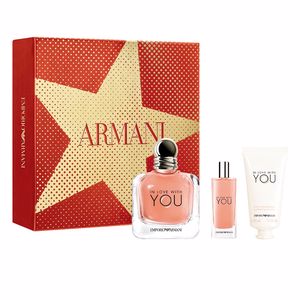 IN LOVE WITH YOU by Giorgio Armani is an Eau de Parfum with a fruity touch for women, released in 2019 along with its masculine version, which reveal a new episode of the most expectant romantic story in the world of perfumery.

An inspiring story of lasting love between two people. The force of love and an authentic relationship. A young couple who love each other without limits. An indestructible alliance between two lovers. Two perfumes that complement each other. A tribute to true, pure and eternal romance, which, on this occasion, intensifies its aromatic notes, as well as its feelings.

Men and women are different, but we have things in common, just like these two fragrances that share an ingredient: vanilla. For her, an Eau de Parfum, in whose wake highlights such captivating and sensual notes as black cherry, jasmine, vanilla and patchouli. An essence that extols the beauty of women and that when in contact with her skin becomes an addictive and highly seductive essence.

THE BOTTLE. Its bottles follow the same lines as its previous versions, it simply changes the color tone of its inner essence. Its stopper symbolizes a set of rings, eternal and unbreakable alliances that once again allude to infinite love that breaks any type of barrier.

INTERLOCKING SEXES. With this perfume, Giorgio Armani not only exalts the beauty of femininity or masculine attractiveness, but also intertwines the virtues of both sexes to demonstrate that, without one, it is impossible for the other to exist. An absolute cry for equality, unity and strength.

IN LOVE WITH YOU
Eau de Parfum for woman

BECAUSE IT'S YOU
Eau de Parfum for woman

IN LOVE WITH YOU FREEZE
Eau de Parfum for woman